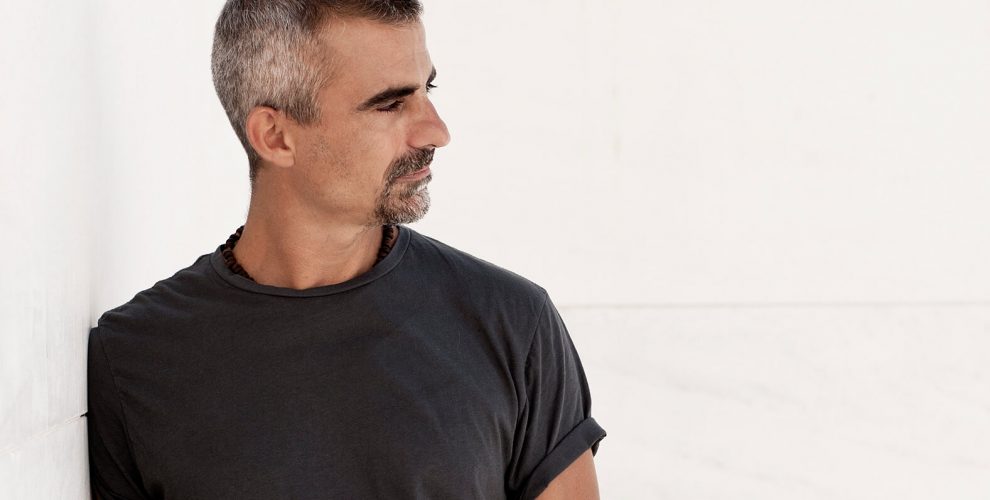 Since his debut in 1992, Gaetano Parisio, aka Gaetek has been one of the most consistent DJs and Producers in the realm of techno. He has released slabs of vinyl on revered labels like Drumcode, Primate, and Zenit, plus his very own portfolio of innovative imprints, contributing to the development of the late 90s hard groove scene. Stepping out of the spotlight to solely dedicate himself to the art of making music for the past decade, the Naples-born artist re-emerges in 2019 with a new vision to propel techno through yet another phase in its ongoing evolution.

You left the international DJ circuit back in 2007, what made you want to return in 2019?

The reason why I want to return now is due to several factors. The artistic one and the personal one. From the personal point of view the reason is that when I left the scene, I had no more energy and desire to relate with the world of the music industry. I was coming from an extremely hard time due to my personal problems and these had raised the right motivation for me to be able to make the most of my work. Today, however, I’m totally charged and have the desire to perform and to share my music. From the artistic point of view instead of today more than ever I have an extremely clear vision of what I want to communicate. I believe that today as never before, using an approach totally focused on music without falling into the temptation to find shortcuts for the sole reason of appearing, can make a difference or at least I believe so. Too often today music is sidelined. I firmly believe that I can contribute to the growth and development of the techno scene. That’s why!

-You’re bringing back your three-deck mixing abilities in a new concept known as ORIGENS, that kicked off a couple of weeks ago at Metro Club in Alicante. Tell us about the concept and what people can expect when they go to see you play.

I used the name Origens to summarize what I intended to do with this project. The intention is to return to play exactly like at the origins of my career, not only with the same technical setup, 3 turntables but also and above all with the same attitude behind the console. Playing with 3 turntables is simply a tool to force myself to step out of my comfort zone, risk the exploration of the unpredictable and enter a stream of consciousness. Digital technology too often makes life too easy for us and the result can often be trivial. I grew up playing like this and for me, it’s something natural. Origens can be described as a continuous musical evolution journey where the integrated loops weave into a single flow. A unique vinyl performance in which the groove and the hypnotic force of the loops, will take us into another sensory dimension.

Gaetek live will see the light next year. Bringing back my music around the world after so many years motivates me a lot. I believe that when music is made not to climb a ranking in a week but to do research, then it has the chance to resist to the most impetuous judge: time! I’m sure the new generation isn’t so different from the old ones. If the music is good people dance, have fun and maybe at the end of the night there will be something to remember. I firmly believe that the way you do things makes the real difference. -You have been making a lot of music over the last few years, what is coming up from you?

I never stopped working in the studio and never will. I have a lot of music made in these 20 years and never published. I’m about to relaunch 2 of my 3 labels: Conform and ART. The first is a platform where I produced myself and several artists I thought could add something to the musical vision. I’ll publish a series of vinyl with artists that will re-edit the best tracks from the back catalogue. The names involved among others are Dave Clarke, The Advent, Sterac, Ben Sims, Oscar Mulero, Cari Lekebusch, Truncate and many others. ART, instead, is my personal series that will end at the twentieth release. I suspended the label fifteen years ago at number 13/20. The next release will be a limited edition number14 and 15/20 and will come out at the beginning of 2020 and the basic idea is to remain as faithful as possible to the original project, especially from the music point of view.

-Any plans to come to Ibiza?

I love Ibiza. I come very often. If I’m not wrong, the first time I came was in 1999 or 2000. I played with Sven and Marco Carola at a Cocoon after-party on the beach (at that time we were allowed to do it!). I think it was Johannes’ birthday. What an incredible memory! The island lives on its own sound. I see though that Ibiza is slowly opening up to techno too. I was in fact nicely impressed last year to see techno artists playing that I didn’t expect for the kind of sound they usually play. The beauty of Ibiza that there’s space for everything and for everyone. Ibiza has a place in my heart … always!