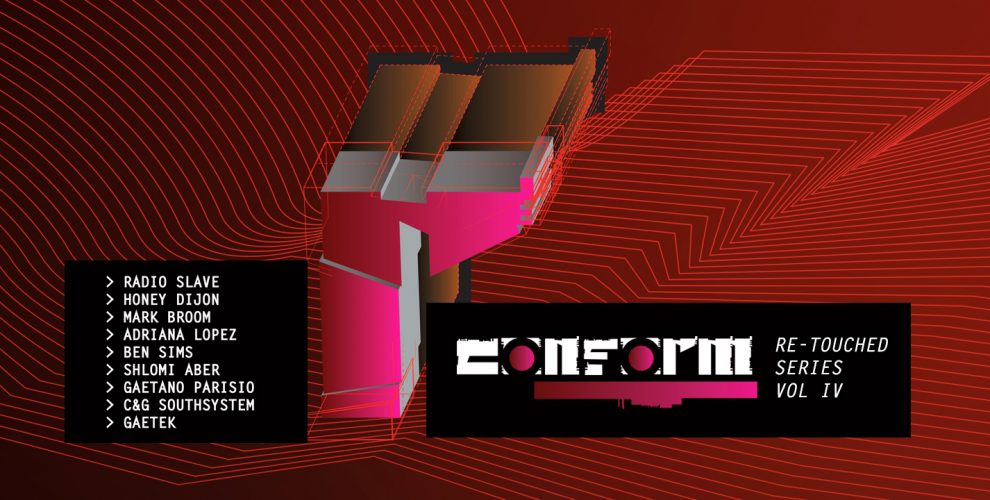 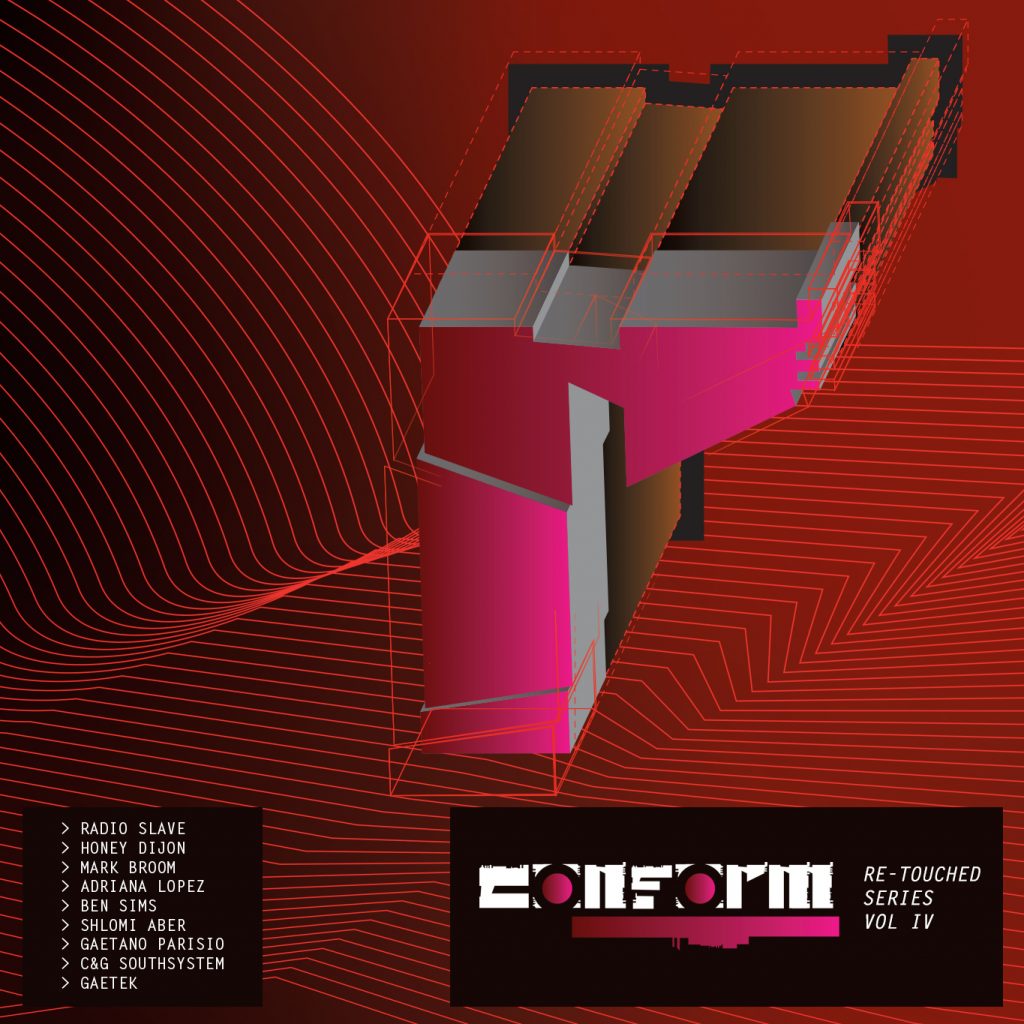 Conform Re-Touched Series has delivered other 5 gems to collect with the Vol.IV

The result is brilliant thanks to the contribution of great artists such as Radio Slave, Honey Dijon, Mark Broom, Adriana Lopez and Shlomi Aber.

When it comes to Radio Slave, no one can ever remain indifferent to the quality of Matt Edwards’ production. Once again it has hit the mark by re-interpreting “Inside” by Gaetano Parisio in a masterly way. The track is a continuous crescendo but always well anchored to its original groove.

The great British producer, Mark Broom, once again leaves no doubt about his ability to create real dace-floor killers. Seems that his edit was created to challenge the sound systems of all clubs around the world. It is the dream of all DJs to play a track of such impact during a party. His version remains faithful to the original but it has that broomish which makes it super catching.

Honey Dijon, an absolute star in the world techno firmament, makes her debut on Conform with her Re Rub interpretation of a classic like Dual Ep by C&G Southsystem, the project created by Gaetano Parisio and Marco Carola. Honey puts all of her Chicago background into this version. By adding vocal she manages perfectly to make two such different schools coexist, the Neapolitan one and the Chicago one. The result is simply sublime.

Likewise, it’s a debut on the label also for Adriana Lopez absolutely respected throughout the techno scene for her extreme quality music. Her interpretation leaves no room for doubt that she doesn’t like middle ways. Her remix is ​​dark and hypnotic at the same time. Adriana gave her best and the delivery it’s just outstanding.

The grand finale takes place with the digital bonus track. Ben Sims “Carnival part one” re-edited by Shlomi Aber. This is definitely the icing on the cake!

If you are a DJ you’ll immediately desire to play this track as soon as possible. His edit it’s just perfect leaving intact the original vibe of the English legend’s track. It’s tribal groove echoes the early 2000s sound.

For those who love the genre, this is unmissable. 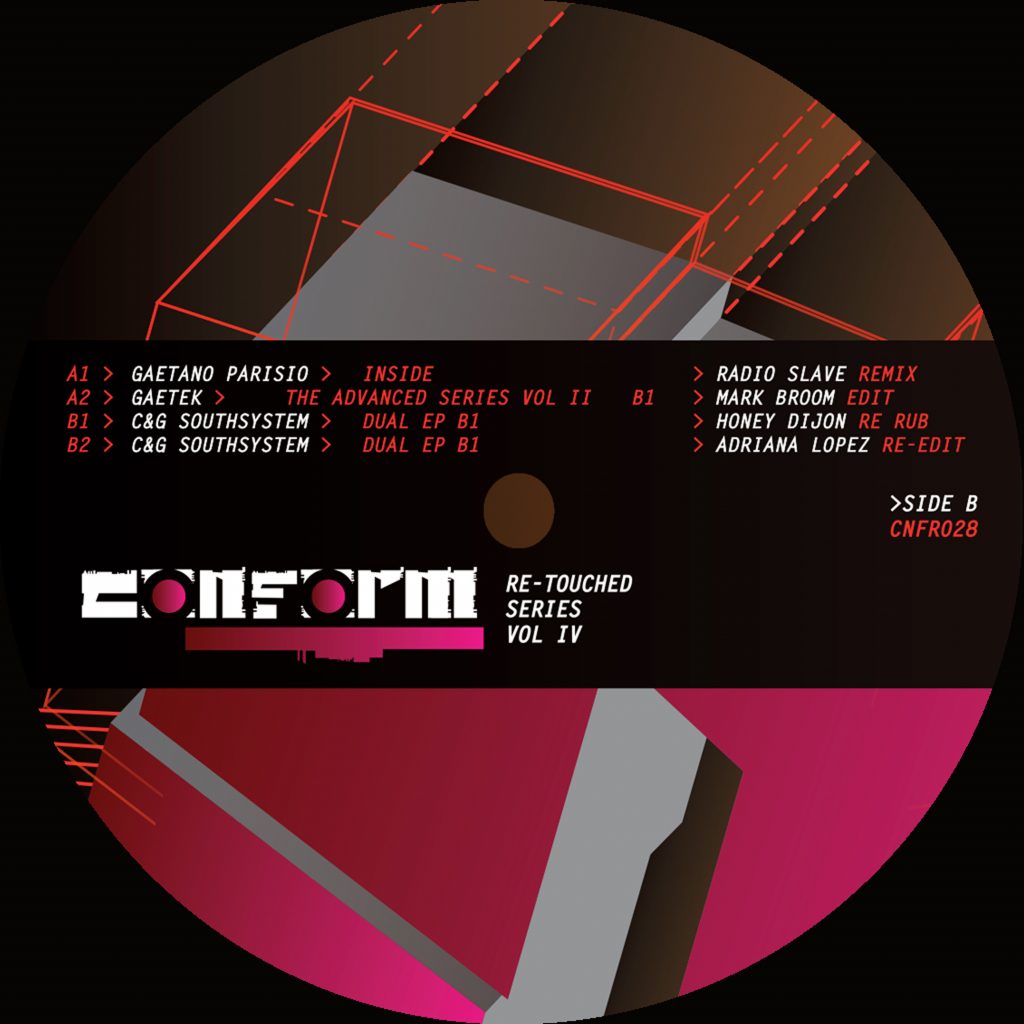 A1 – Gaetano Parisio – Inside – Radioslave Remix

Get your Copy or Stream